What is Restless Leg Syndrome (RLS)?

Restless leg syndrome (RLS) is a sleep disorder caused by nervous system, and is characterized by uncomfortable feelings in your legs and other extremities during the night. RLS usually causes enough discomfort to interfere with sleep, causing sleep deprivation, which is why it is considered a sleep disorder.

The symptoms of RLS all have one thing in common: discomfort in the legs, though it can also occur in other extremities. This discomfort can be mild, uncomfortable, and even intolerable. Frustratingly, your RLS can:

This can make it difficult to identify that there is even a problem or a sleep disorder present – it can just turn into “one of those things” you deal with, not knowing that there is name and treatment options for this condition.

Why is RLS a Problem, Especially in Alaska?

The main problem associated with RLS is sleep deprivation, which can range from minor to severe depending on the severity of your RLS. The reason RLS causes sleep deprivation is that you wake up and move your leg/limbs to relieve the discomfort.

It’s kind of a vicious cycle too, because sleep deprivation can in turn worsen your RLS symptoms. Combine this with other compounding factors, such as age or lack of exercise, and your RLS can become intolerable.

Mild or intermittent RLS can also be a problem, as it is likely to go undetected or be misdiagnosed. This can lead to mild but chronic sleep deprivation – you might not even notice the sleep deprivation but you will certainly display symptoms.

RLS can especially be a problem in Alaska, during the winter. This is because many of us tend to be less active during the winters: it’s cold and dark outside, and unless you are either diligent about working out inside or have outside activities you regularly do, you are getting less exercise than in the summer. Less exercise can exacerbate RLS, or even cause its onset.

What are Symptoms of RLS?

People describe the discomfort of RLS (i.e., the symptoms of RLS) as any of the following in your legs and sometimes other extremities at night:

·         Irresistible urge to move your legs to relieve the discomfort

The good news about moderate to severe cases of RLS is that, as long as they are not mild, the symptoms are often easy to identify. It’s hard to miss an irresistible urge to relieve leg discomfort! Mild symptoms may go unnoticed or undiagnosed.

The primary danger of RLS is that it can lead to moderate or severe sleep deprivation, which has many health side effects of its own: 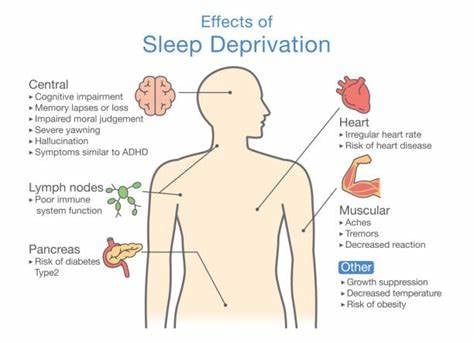 The causes of restless leg syndrome are not known for sure. Recent science has shed some light on strong correlations between RLS and a number of other things. Here’s what we know about RLS causes:

·         Genes are thought to play a role: nearly half of people with RLS have a family member who also has it

·         Certain diseases include symptoms of RLS, such as anemia, Parkinson’s, and diabetes

·         Some medications may make RLS symptoms worse, such as antinausea drugs or antipsychotic drugs

·         Sleep deprivation may trigger symptoms or worsen them

·         May begin at any age (even in young children), but people who are severely affected are generally middle aged or older

·         Reducing the consumption of alcohol and tobacco

If you live in Alaska and are concerned that you may be struggling with RLS, take this online sleep test (free) to get started your road to recover.