Connections Between Sleep and Substance Use Disorders 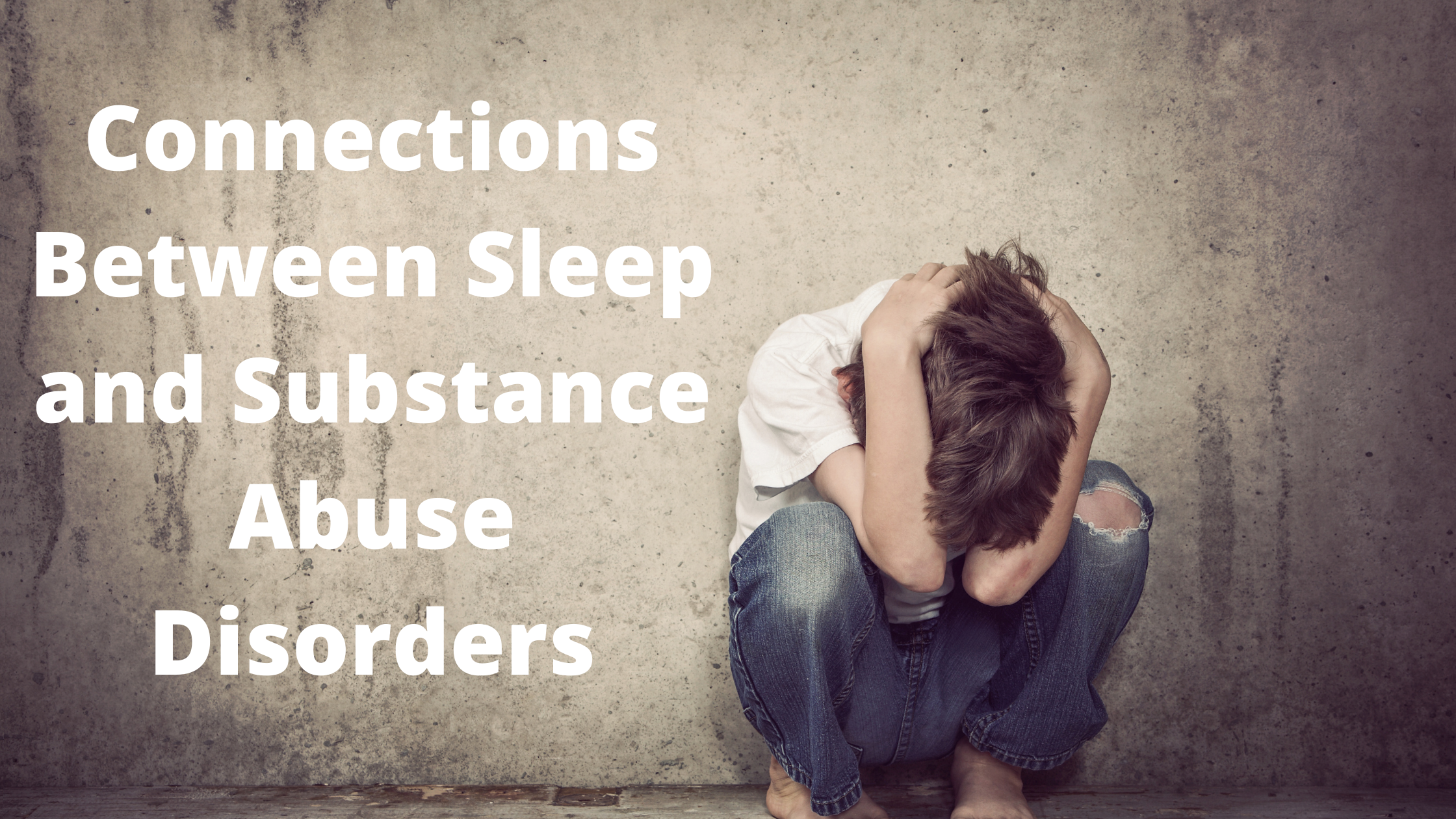 Connections between substance abuse and mental health disorders have been well established, as well as mental health disorders and sleep disturbances. However, now researchers are starting to draw connections between sleep disturbances and substance use disorders. The causes of addiction are multifactorial and include both environmental and biochemical alterations, but sleep may play a key role in the development of addiction. Continue reading to find out more about this relationship.

Effect of Drugs on Sleep

Substance abuse acutely disrupts sleep-regulatory systems in the brain, impacting the amount of time that it takes to fall asleep (also known as sleep latency), duration of sleep and quality of sleep. People who use and abuse drugs experience insomnia during withdrawal, which is the process where drugs are stopped and the body is removing the toxins and overcoming the cravings for the drug. The insomnia further fuels the cravings for these drugs, and can be a major cause for relapse.

Because overcoming drug addiction requires self-regulation, mood regulation and positive coping skills, a lack of sleep can negatively impact all of these processes. Without these vital skills, it will become increasingly more difficult for those with substance abuse disorders to successfully overcome drug addiction.

Dopamine is a neurotransmitter that is important for understanding the relationship between substance use disorders and sleep. Drugs' direct or indirect stimulation of the dopamine reward pathway accounts for addictive properties. Essentially, there is a part of the brain that lights up when it perceives something to be a reward, or positive. In those with substance abuse disorders, this pathway may light up when they use drugs, which positively reinforces additional drug use. Dopamine is the main mediator of this process.

Dopamine is also responsible for alertness and is necessary for regulating the sleep-wake cycle. Dopamine-like drugs are used to treat disorders of alertness, like narcolepsy because they help the brain overcome extreme tiredness.

There are drugs - like cocaine and amphetamine-like drugs (methamphetamine) - that are dopamine-increasing drugs. Repeating their misuse can lead to severe deprivation because the alert pathway is constantly activated, making it very difficult to get good sleep. Sleep deprivation then downregulates dopamine receptors in the brain, or reduces their numbers, which can make people more impulsive and vulnerable to taking drugs.

Other drugs and their impact on sleep

In addition to dopamine, many drugs have targets in the brain that can impact the sleep-wake regulation. Marijuana interacts with the body's endocannabinoid system by binding to cannabinoid receptors. This system is involved in regulating sleep-wake cycle for one of their roles. Trouble sleeping is a common symptom of marijuana withdrawal and is reported as one of the most distressing symptoms.

Opioid drugs, like heroin and painkillers, interact with the body's natural opioid system by binding to similar receptors and activating them. This system also plays a role in regulating sleep. Natural and synthetic opioid drugs can lead to profound sleepiness, but they can also disrupt the natural transition between the different stages of sleep (non-rapid eye movement (NREM) and rapid eye movement (REM)) all of which are important for memory, repair and restoration, and other important metabolic processes that take place in sleep.

Opioids in the brain stem also control respiration, and when taken in large amounts, can dangerously preventing breathing during sleep which can lead to death in an overdose.

Sleep disorders also can impact cravings for drugs and drug addiction. Researchers found that a hormone called orexin, which is associated with Narcolepsy disorders, found that a brain with significantly more orexin-producing cells was also addicted to heroin. Too much orexin can lead to the overwhelming, and almost irresistible, urge to go to sleep that is seen in narcolepsy.

Those who suffer from insomnia may be at increased risk for substance abuse because many individuals self-medicate their sleep problems with alcohol or other drugs like benzodiazepines. These substances may have the perception of being relaxing and beneficial for sleep, but in reality, these drugs actually disrupt sleep and provide low quality sleep which can further lead to feelings of tiredness and fatigue.

On the other hand, those with excessive fatigue may rely on stimulants to help keep them alert during the day because of the sleep they have lost. If these stimulants are taken many times throughout the day, or closer to nighttime, they will further disrupt the sleep-wake cycle, which perpetuates sleep disorders. Adderall is a common drug that is used to overcome fatigue, but can have detrimental effects on sleep.

More research is necessary for identifying the relationship between drug addiction and sleep. However, by identifying more information between these two, drug treatment programs may be able to better use sleep therapies to help with recovery from drug addiction.

If you or someone you know is struggling with drug addiction, than it's important to reach out to a drug abuse hotline or local resources for help.

If you or someone you know is struggling with sleep, and using medications to cope, then it may be time to talk with a sleep health professional to identify underlying causes. Click the orange button below to talk with one of our sleep health professionals and see if there are any sleep disorders, so we can begin a treatment plan as soon as possible.