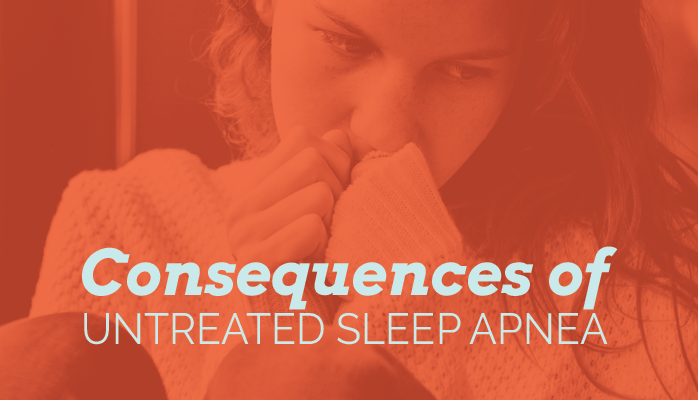 Chances are, you have a “famous” snorer in your family – a father, grandfather, husband, brother – whose sleep-time perturbations shake the whole house. Maybe you are the famous snorer.

With the rise of effective treatments for obstructive sleep apnea (OSA), it’s not uncommon for famous snorers in many families to trade in the house-rattling snoring for CPAP machines that effectively treat sleep apnea.

If you have seen CPAP machines, you might wonder why someone would wear them – they look so uncomfortable, right? The reason is that the consequences of untreated sleep apnea far outweigh any initial discomfort from wearing the machine.

What is Sleep Apnea

Obstructive sleep apnea is exactly what it sounds like: sleep apnea caused by obstruction. This happens when the upper airway becomes blocked during sleep. This blockage greatly reduces or completely stops airflow, and is usually accompanied by loud snoring.

Central sleep apnea is caused when the brain does not send signals needed to breathe during sleep. This type of sleep apnea is not accompanied by snoring, does not involve obstruction, and is far less common than OSA.

Complex sleep apnea is accompanied by characteristics of both central and obstructive sleep apnea.

In all cases, the result is basically the same: inability to get a restful sleep.

There is strong evidence that untreated obstructive sleep apnea can have significant impact on your personal health, which, as said, is why people with diagnosed OSA tends to wear their CPAP every night despite its intrusiveness.

With untreated sleep apnea, a person may wake up many times per night (i.e. between 5 to 30 times) to begin breathing again (though they won’t remember waking up). The result is a night of little REM sleep (the phase that provides deep, restful sleep). What happens after years of disruptive sleep?

Imagine being tired all the time. Imagine waking up every day and never feeling refreshed. If you have struggled with OSA (or currently struggle with it), you may know exactly how this feels. Lack of sleep over time makes us:

The phrase to sum all of this up is impaired quality of life. In living with untreated sleep apnea, you are likely to be you, but a crabbier, more tired, less performing version of yourself.

Obesity is a major risk factor for both type 2 diabetes and OSA. As such, it comes as no surprise that these two conditions often co-exist. While it’s a little inaccurate to say that diabetes can be a “consequence” of OSA, it’s extremely important to point them out as a risk factor because of the prevalence of their comorbidity [2].

People cardiovascular problems have a high prevalence of sleep apnea [National Sleep Foundation]. While it’s not clear if sleep apnea actually causes heart disease, it is clear that people with untreated OSA are significantly more at risk for developing hypertension which can lead to heart disease.

How to Treat Obstructive Sleep Apnea 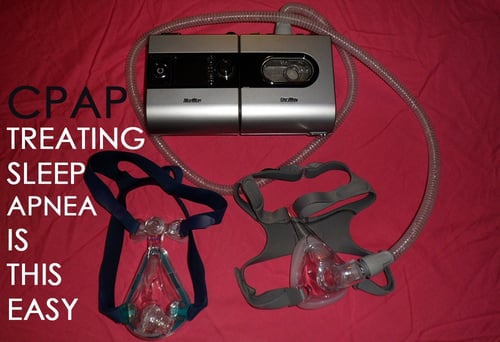 Treating obstructive sleep apnea first begins with a diagnoses. Sleep specialists monitor your sleeping during a sleep study, where they can observe:

Obstructive sleep apnea is generally treated with a CPAP therapy, which is extremely effective at allowing persons with sleep apnea get a restful, non-obstructed sleep. Additional regimens may also be recommended in addition to CPAP therapy.