What is Microsleep? Its Causes and Safety 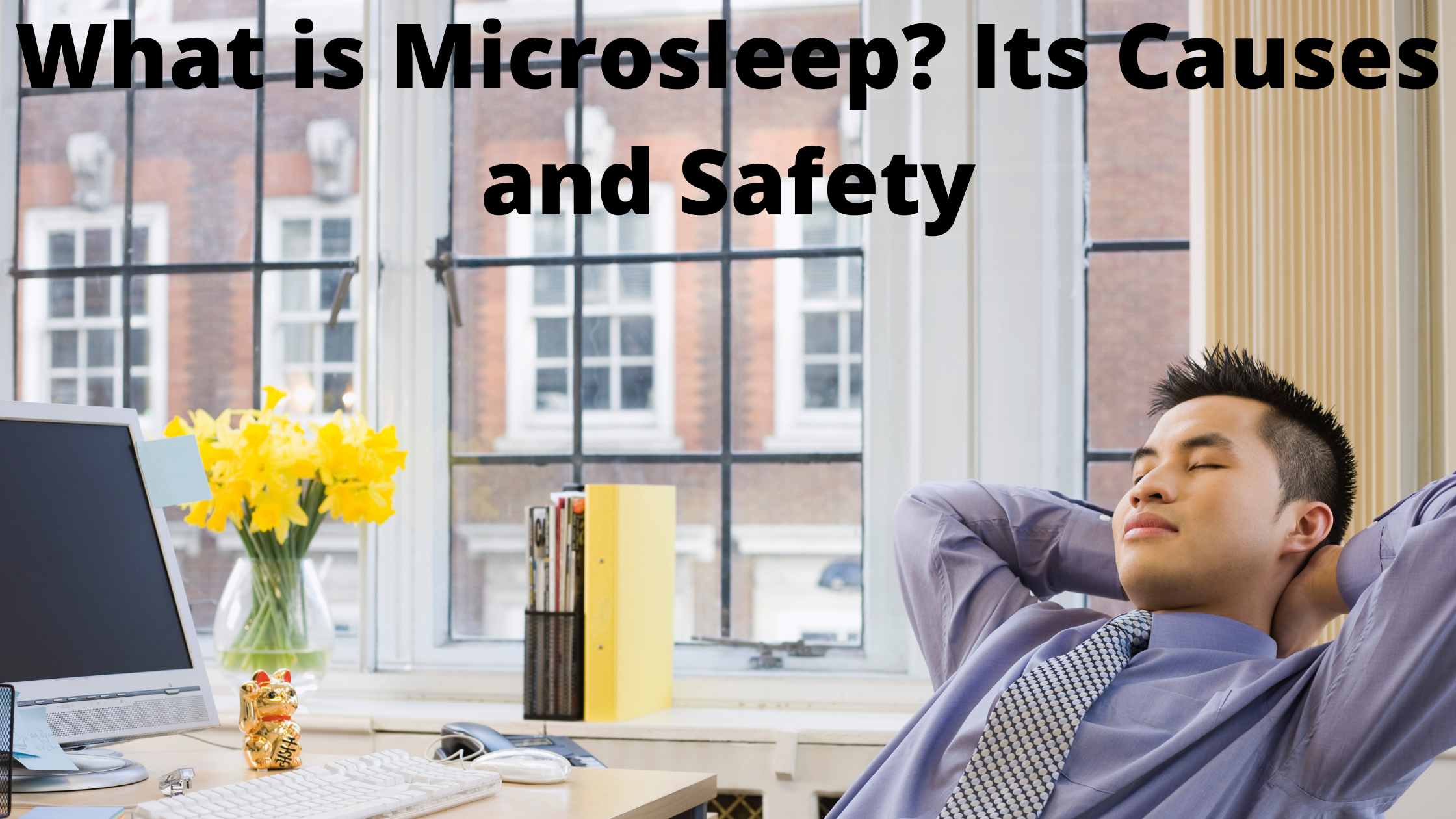 Microsleep refers to very short periods of sleep that can be measured in seconds instead of minutes or hours. Even if you have never heard of this term before, you have likely witnessed someone else do it, or have done it yourself. It is where they nod off or keep their eyes open, and they essentially fall asleep for mere seconds.

This normally occurs after sleep deprivation. Because of this, a lot of individuals with abnormal sleep schedules like shift work disorder or OSA might experience them. People who do not have sleep disorders can experience microsleeps too even after a single night of no sleep or sleep deprivation. Continue reading to find out what microsleep is and other components of this super short sleeping session!

Researches define microsleep as episodes that last for 15 seconds or less. During a microsleep, people lose conscious control of their performance. Scientists are working to better understand exactly what happens during microsleep.

It can sometimes be referred to has behavioral microsleep because they may keep their eyes open, but their behavior is reflective of someone who is asleep. However, researchers can measure microsleep by measuring brain activity, observing people's faces and bodies, or testing their psychomotor performance.

During a microsleep, brian waves noticeable slow down. Brain scans conducted using functional magnetic resonance imaging show that microsleep involves brain activity that differs from that found in regular sleep. During microsleep, much of the brain that becomes deactivated during sleep remains activated, including the areas that help people stay awake.

More research is needed to understand all the ways microsleep is different from wakefulness and why we engage in microsleep.

One of the most common symptoms is partially or fully closing your eyes, although some can also happen with eyes open. Another common symptom of microsleep is a nodding head. Although you fell asleep, instead of realizing that, you may just think that you briefly stopped paying attention to whatever was around you. People show reduced response to external stimuli during a microsleep like sound or visual cues.

Researchers have also noticed that those who are sleep tend to move their eyes more slowly leading up to microsleep. However, you may not realize that your eyes are moving more slowly or that your eyelids are drooping. Pupil dilation is another factor that can indicate microsleep.

The primary risks of microsleep are accidents that could occur while driving, operating heavy machinery, performing surgery, or other sensitive tasks that require a lot of attention. Microsleeps are associated with a decrease in driving performance, and although microsleeps don't cause any harm to you specifically, you could put someone else in danger by not paying attention.

If you experience a microsleep in a safe environment, then there are very few risks. Further research is needed to see if microsleep is a risk factor for sleep disorders. Medical professionals do not use microsleep as a diagnostic criterion, however, research identifying microsleep during multiple sleep latency test can help professionals more accurately diagnose excessive daytime sleepiness.

People with shift work sleep disorder might be particularly interested in microsleep research because they are at higher car crashes. Those who have insomnia and OSA are also more likely to experience car crashes. Furthering research in microsleeps could offer some important safety information.

Even people who are fully rested can experience microsleep while doing something repetitive or tedious. Experiencing microsleep does not necessarily mean that you have a sleep disorder or are sleep deprived.

There is no universal treatment recommended for microsleep, and it is not clinically defined as a sleep disorder. Since microsleep is related to sleep deprivation, then getting adequate sleep could help reduce the amount of microsleep occurrences.

Also, wakefulness-promoting medications may reduce microsleep episodes, but these should be taken with caution and always in consultation with your doctor. With a view of reducing road traffic accidents some companies are investigating the use of acoustic signals to reduce microsleeps while driving. If you feel like you are experiencing microsleeps and have trouble sleeping, then please click the orange button below to talk to a sleep expert about your best options.