The Relationship Between Babies' Sleep, Moms' Sleep and Depression 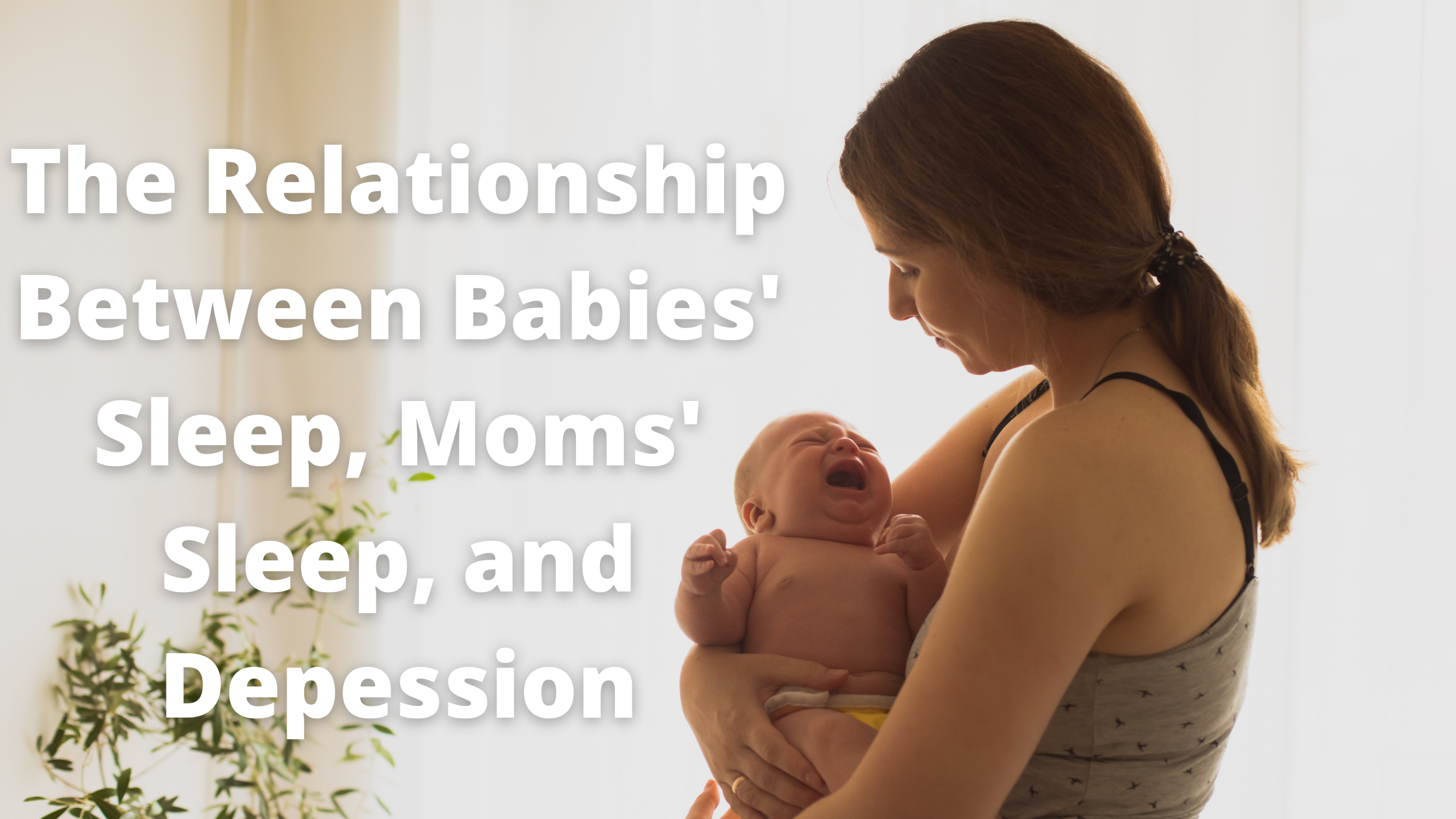 It can even begin before the birth of the child and involves sleeplessness, depression, a lack of attachment to your child, feelings of isolation, and even psychosis which can endanger the lives of your and your child. It's important to get help for postpartum, and sleep plays a very large role in that.

It begins after the hormone drop that happens after birth. Estrogen progesterone drop significantly and prolactin begins to rise. This drop, in conjunction with sleep deprivation from dealing with a new infant can be detrimental to a sleep schedule. The lack of sleep for new parents can create a great health risk, especially if parents are doing it on their own and have no one to share the responsibilities with.

Unhealthy sleep can worsen depression, and postpartum can linger if mothers cannot resume their normal sleep schedule. Mothers' sleep schedules are tied to their babies, so if they have babies who do not sleep very well, then there is a high likelihood that the mother doesn't sleep very well either. It's even worse when this sleep deprivation spreads to the rest of the house, including with other children who are interrupted by the baby sleeping.

Coping with Sleep Issues of Motherhood

There is a common attitude the sleeplessness is just what's to be expected during the newborn period. However, the assumption of not getting sleep doesn't have to be normal. Especially when postpartum insomnia can be so detrimental to the mother-child relationship and the health of everyone in the house. It's important for mothers to get enough sleep so that way they be resilient and think logically through the other stressors and problems that may arise.

If postpartum insomnia is addressed and mothers are supported, then not only will their health improve, but so will the health of everyone around them.

Not only do parents think they have to do everything on their own, but then anxiety begins to creep into the picture. Nearly 50% of people with anxiety, also have depression. A lack of support, especially for Black mothers, can lead to increased issues of anxiety and depression with compounding factors. All of these issues culminate into severe sleep deprivation which can inturn, continue to negatively impact all of these stressful feelings.

It is a common thought that mothers who are struggling think of themselves as bad moms. However, that is the number one misconception that has to go out the door. Mom's are able to feel all the feelings of being a new mom without the guilt and shame that normally accompanies having those not so great feelings that go along with mother hood.

Education is the number one way to help mothers understand that they don't have to struggle. This comes from an emphasis on sleep hygiene to help them feel confident in their ability to get good rest, even if they have a child who does not. When they practice these behaviors, they also pass it on to their children.

Common strategies of helping moms can include cognitive behavioral therapy that can help deconstruct the idea that mothers are bad moms. There is a lot of mindfulness work so that way mothes can focus on their own health and model positive behaviors for children who model what they do.

If you are a woman who has just given birth, or is already feeling the stress of insomnia, and need some additional support, please click the orange button below. this will take you to a free online sleep test as well as get you connected with the sleep health professionals at our facility.