How Babies and Kids Use Sleep for Learning 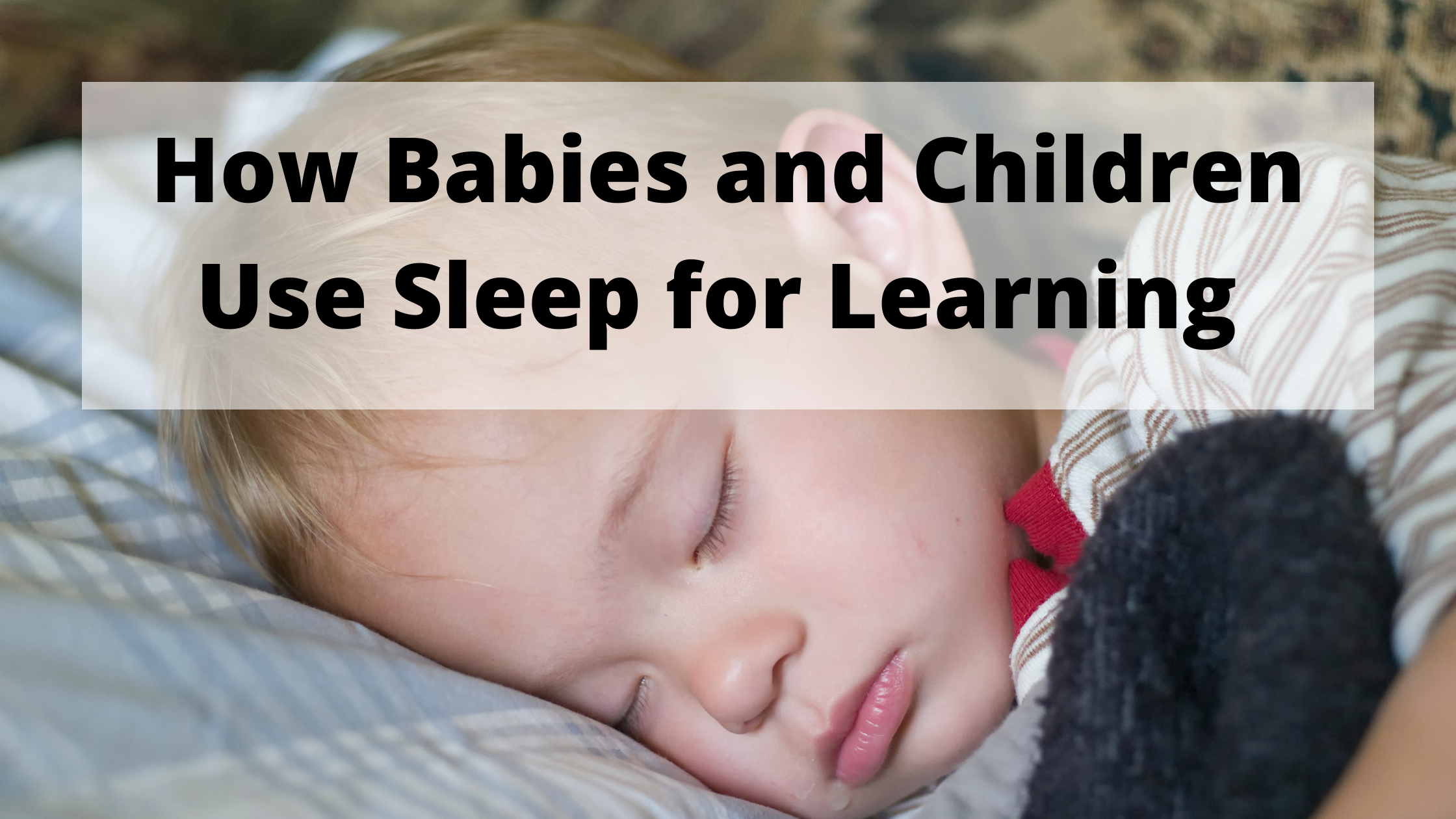 Naps are not just to help cranky kids or give parents a break. In fact, they actually may be best for learning in infanthood and early childhood. Recent studies have suggested that napping has a major benefit for infants and children. We are going to discuss how babies and kids use sleep for learning, and how this may shape your children's schedules until they grow out of it.

When children are born, they spend a majority of the day sleeping. This can make it puzzling to say that a lot of learning and development is happening at that age when it seems like there is nothing but sleep.

However, infants only job is to take in their environment and learn to make sense of it. This can happen while they are sleeping, and sleeping often aids in this processes.

When infants are born, they sleep 16-18 hours a day. At first, their sleeping schedule is unregulated, and they sleep randomly throughout the day. However, by the age of about 6 months, their sleeping schedules have synced up with the day-night schedule, and by 12 months, most are sleeping through the night with a couple of day time naps. As they progress towards the second year, they are normally down to about one nap.

Infants would do this when they were asleep, showing that these associations were taking place.

Further research demonstrated word associations were happening during sleep as well. In various research experiments, babies would be presented with pictures and words or various languages and tested over their recognition.

Babies who had taken a nap did a much better job than those who did not take a nap.

Naps also helped babies with their sentence structure. Another experiment put together made up words with specific patterns. Babies responded in a way that suggested they were catching on to the word pattern. Those who napped did a much better job catching on to the pattern than those who did not.

Naps may play an even larger role in older children. They may assist with more than just language. One study took several books with a short story about the zoo. Researchers read these books to 3-6 year olds and after reading the story, asked the children to put the stories in order of events by using picture cards.

Then, some of the children napped, while others did not. The children who napped were able to do much better on the test when they redid it. This showed how important naps were for forming memories in older children.

As children grow older, they stop napping. This may be due to the structure of school, or they just don't feel the need to nap anymore. But if napping and sleeping is so important for learning, then why would they grow out of it?

Some theories suggest that the role that sleep plays in memory develops and changes as children age. When the hippocampus, the part of the brain responsible for memory formation, is underdeveloped (as in infants) it may need to be "recharged" more often. This means that babies will need more sleep, because memories are consolidated during sleep, and more frequent naps provides more time for this consolidation.

When kids become older and their brains develop further, then they may be able to go longer periods without this consolidation period.

However, nighttime sleep is still vital for consolidating memories made throughout each day.

Why this is important

This information may influence your schedule as a family, as well as policy that determines if napping is appropriate in certain classroom levels.

As a family, if you do not prioritize sleep, then this may be delaying the potential learning that can take place for your child. It may be a better idea to prioritize sleep for the entire household, and really try to establish and adhere to a daily sleep schedule.

As far as policy goes, if you have any say so in your child's daily schedule, then you may want to consider advocating for more rest time throughout the day. Classrooms are shifting away from nap time and towards further instruction time. Classroom environments are also becoming less conducive for sleeping.

If pre-K and kindergarten-aged children still rely more on sleep for learning than developmental brain processes, then schools should probably continue to encourage nap times throughout the day. They may not have aged out of naps as being the number one modality for learning, and still require extra rest throughout the day.

Until that becomes the norm, it's important to start with sleep at home. If you are having trouble sleeping and therefore have trouble modeling sleep for your children, then please click the orange button below to take a free online sleep test. We have sleep professionals that would love to assist you in rebuilding your sleep.