What are Sleep-Related Painful Erections 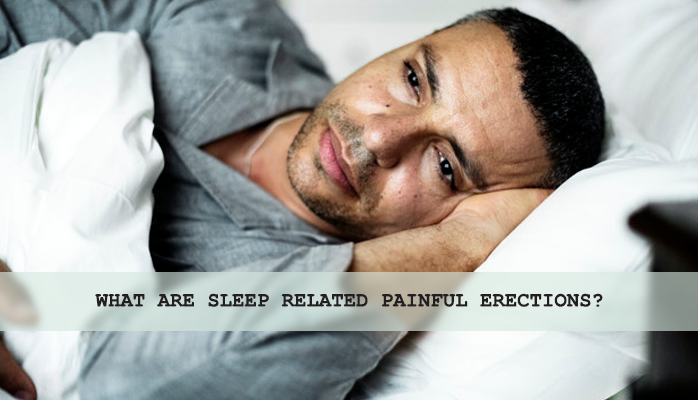 What is a Sleep-Related Painful Erection (SRPE)?

The reason this is considered a sleep disorder is that these erections are painful enough to rouse you from sleep. These erections should subside soon after waking.

Who is Affected by SRPE?

Well, obviously, women are NOT affected by SRPE. That caveat aside, a 2012 study found that 45 years of age was the average age of SRPE onset and diagnoses [link to study]. That being said, because SRPE is not well understood, there is a delay between of about 5 years from actual onset to diagnoses.

Studies have also found that some men’s SRPE was linked to sleep apnea, and that their SRPE went away after treating their sleep apnea with CPAP therapy.

SRPE has unknown causes. Getting an erection during REM sleep is completely normal, and will be experienced by most men anywhere from three to five times per night. You probably hardly need to be told this, but these erections should not be painful.

Some insights were suggested in a 2005 study published as to the causes of SRPE being from [link to study]:

·         Damage or stimulation to the hypothalamus

A 2017 study suggested the following as a potential cause [link to study]:

Regardless of the reason, there are some good ways to try and treat/avoid this irritating condition.

How to Treat SRPE?

SRPE has no primary treatment. Some essential points for SRPE treatment are:

·         Urinating and a cold towel/water will make the erection subside quickly, though this doesn’t prevent the erection from initially happening

·         One study [link to study] found that applying an ice (I know, cringe!) pack to the penis during sleep prevented the painful erection, but unsurprisingly also made it difficult to sleep

·         Pelvic floor physiotherapy may treat the symptoms of SRPE, such as Kegeling and other exercises

If you are experiencing SRPE, it’s probably nice to know that there is a name for your pain/condition, and that there are way we can help. Please take this free online sleep test to get started.