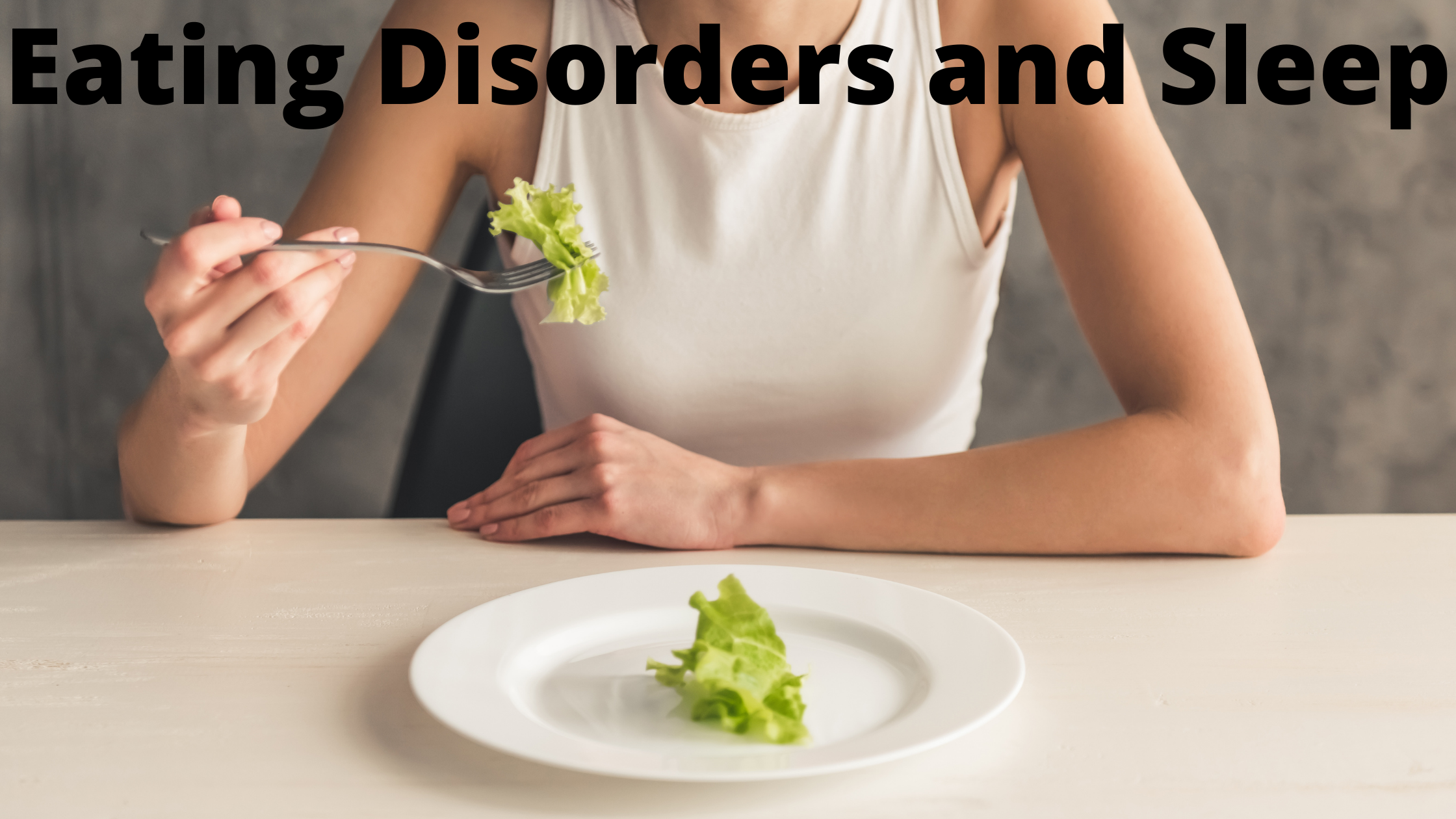 Eating disorders are a common set of diseases that affect 30 million people in the United States. They are most commonly associated with a mental health issue as there is a significant tie between emotional and physical health. There is also a growing amount of information showing the link between sleep and eating disorders. This relationship is not linear, meaning that everyone with an eating disorder has sleep troubles and vice versa. However, there is a strong correlation between the two, which leads researchers to believe that they are somewhat connected. Continue reading to find out more about this relationship and how to get help for both.

What are eating disorders?

Eating disorders are mental health conditions that involve abnormal eating behaviors which are frequently associated with problematic thoughts around weight, food, and body image. Millions of people are affected, but they are most common in women and teens/young adults.

There are different types of eating disorders including:

Binge eating is the most common eating disorder which is estimated to affect around 2.8% of people at some point in their life. These individuals experience out-of-control eating and episodes involve eating large amounts in a short time, continuing even after feeling full. Binge eating can cause feelings of discomfort and guilt. Although this can affect anyone, it is most common in overweight/obese individuals.

Bulimia Nervosa is similar to those with Binge Eating Disorder, however, after the binge there is a purge. This means that after they have out-of-control moments of eating, they then do something drastic to get rid of it: exercising excessively, vomiting , laxatives, water pills, or fasting. They think that by doing these activities, they can counteract their overeating.

Anorexia Nervosa is a disorder in which individuals significantly reduce their food consumption in order to become extremely thin. Even when they are already underweight, they commonly think of themselves as overweight. There are two types of anorexia nervosa, restrictive and binge-purge. Restrictive type involves major restrictions on food intake and the binge-purge type involves restricting intake as well as using purging methods to maximize weight loss.

Insufficient food consumption can lead to serious and life-threatening malnourishment and has the highest death rate.

Night eating syndrome is a disorder that affects around 1.5% of people. People with this eat most of their calories after dinner. They normally aren't hungry, but feel a strong urge to eat at night.

Insomnia is a common symptom as these individuals wake up in the middle of the night and see eating as a way to help them go back to sleep. This syndrome is often associated with obesity and often causes emotional distress. Night Eating Syndrome can also be associated with a misaligned circadian rhythm.

Eating disorders can be caused by many things including genetics, environment, social and other factors. Eating disorders are not a result of lifestyle choices, but are medical conditions with complicated causes. Some runin the family and others are due to social and cultural pressures.

Link between eating disorders and sleep.

This bidirectionality has been evidenced by some research studies showing either insomnia symptoms associated with diagnosed eating disorders, or eating disorders have a predictive quality towards sleeping problems. Having sleep problems along with eating disorders has been shown to have more severe eating disorder symptoms and have a worse response to treatment. Purging behaviors have also been linked to worse sleep quality and daytime impairment.

The research linking these two continues, and it's still not understood why the relationship between these two exists. Some ideas include the link between mental health disorders like depression and the impact it can have on sleep. There are other ideas about how food intake patterns and nutrient can influence sleep quality and daytime sleepiness. Sleep is also directly involved in the normal production of hormones leptin and ghrelin which both control appetite and hunger.

There is a lot of research that still has to be done here, but the evidence shows a strong relationship between these two that needs to be addressed. If you or someone you know struggles with sleep and an eating disorder, it's important to speak to your physician about psychiatric and sleep help. Click the orange button below to take a free online sleep test to see if there is an underlying sleep issue that may be contributing to the problem.