Sleep Disorders You May Have To Deal With As You Age 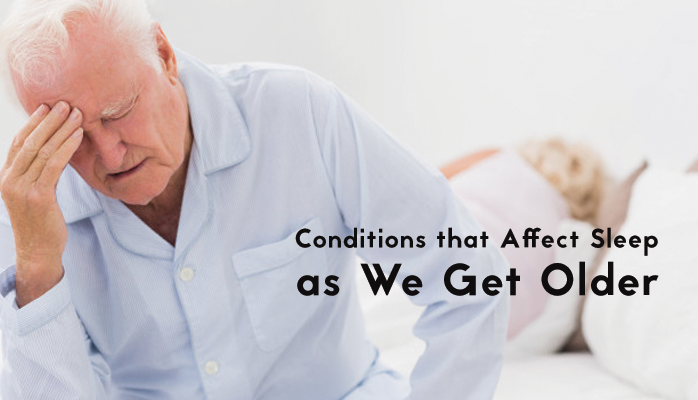 As you get older, the likelihood that you will develop or report sleeping troubles will go up the older you get. This is because as you age, your sleep patterns will change, requiring you to acquire sleep differently than you did when you were, say 20 years old. Generally speaking, as you get older your sleep pattern changes in the following ways:

When you are younger, you likely had little trouble getting 7-9 hours of uninterrupted sleep every night. But your sleep pattern changes as you age. Getting 7-9 hours of sleep, let alone even 5 or 6 hours, in one continuous shot may seem impossible when you get older.

While your pattern might change, your need for getting a certain amount of sleep won’t change. So to get full sleep if you are only sleep 4-5 during the night, you might start to supplement your nightly sleep with a long nap or two, or by having two long periods of sleep at night with a break of several wakeful hours in the middle of the night. The point is that you will have to be more conscious of when and how you get your sleep.

These sleep changes happen for life reasons (stress, children, jobs), hormonal changes, and natural physiological changes that make you more susceptible to certain sleep disorders. Let’s look at some of the sleep disorders that are more common in older people.

Symptoms of Insomnia as We Age

People over the age of 65 report much higher incidents of insomnia than younger age groups. Insomnia is when you:

As you age and your sleep changes, you can exhibit insomnia symptoms. Most people report that as they age: 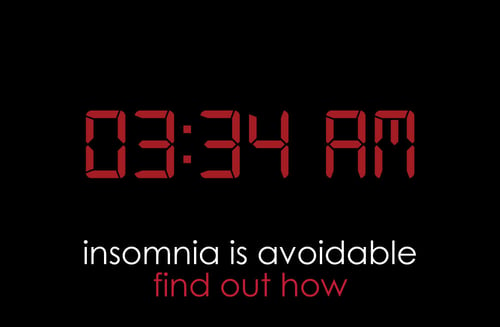 Often, “earlier” is enough to give us some concern, such as not being able to sleep in past 3am. These changes can be disruptive enough that without conscious changes to your sleeping, you will suffer sleep deprivation.

Restless leg syndrome (RLS) is a nervous system disorder that causes discomfort in your legs and, sometimes, arms. It can range from a minor irritant to extremely uncomfortable. When the discomfort is enough to keep your from sleeping, it is considered a sleeping disorder.

RLS is by far most common in people middle aged and older. While it can develop in those younger than middle aged, it’s uncommon.

Some of the symptoms include the following feelings at night:

RLS has no specific treatments, though exercise and stretching can make a big difference – consult with your doctor for more information on RLS treatment.

You will not remember your apnea events in the morning, and this can happen many dozens of times per night. Because of this, people with sleep apnea get little to no deep, restorative sleep, and can suffer mild to severe sleep apnea.

Symptoms of obstructive sleep apnea are: