Sleep Disorders That Get Worse in Alaskan Winters 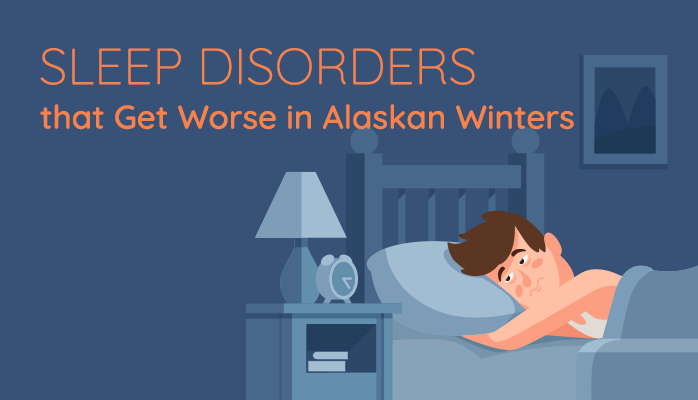 Alaskan winters mean daily darkness for most or all of the day. The extreme lighting condition of Alaska, especially as you go north, affects our lives in many different and important ways:

The point is, we have to work harder to maintain a normal sleep schedule in winter, and to also be wary of symptoms of sleeping disorders such as those listed above. Let’s look at them in more detail.

Insomnia is the persistent feeling that you cannot:

In the case of Alaskans, insomnia tends to be: 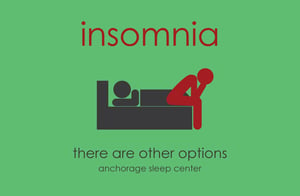 Besides those already listed other insomnia symptoms include [SleepEducation]:

The major concern with insomnia is severe sleep deprivation.

What is Restless Leg Syndrome?

Like insomnia, the primary problem associated with restless leg syndrome is sleep deprivation because RLS causes you to wake up and move your leg to ease the discomfort.

What Are Circadian Rhythm Disorders

Circadian rhythm disorders include insomnia, but also encompass any type of sleeping problem you may have, such as:

A good example of this is Jet Lag, which is a temporary circadian rhythm disorder that makes it difficult to sleep at “regular” times, but once asleep you don’t have trouble getting enough sleep.

As we have mentioned in other articles, here is a list of good things to do to prevent or mitigate sleeping problems:

Some sleep disorders require more than self-management to overcome. If you have tried everything, take this free online sleep test to get started in the road to better sleep in Alaskan winters.