What are Most Common Parasomnias 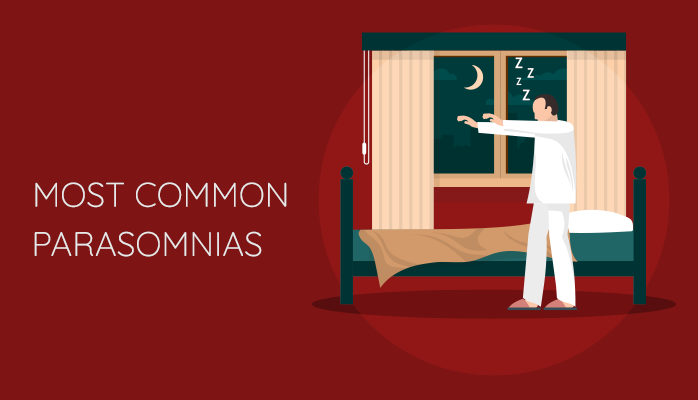 Some of the most common para parasomnias, and those that we will discuss in this article, include:

As we go through the list, see if any of these parasomnias sound familiar.

What is Sleep Talking?

Most of you are probably familiar with sleep talking – it’s simply talking in your sleep. Sleep talking generally involves brief and, usually, simple sounds. It can also involve long speeches by the sleeper.

Though sleep talking is not disruptive for you, it can be disruptive for sleep partners or others in the vicinity. Sleep talkers will usually have no recollection of their talking in the morning.

Sleep talking is often caused by internal factors, such as fever, stress, and other sleep disorders. It can also just be the way you are! 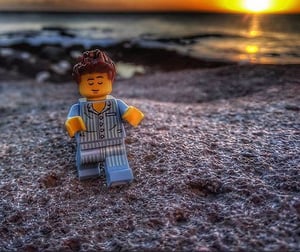 Like sleep talking, you are also likely familiar with what sleepwalking is. Sleepwalking is when you appear to be awake and move around, but you are actually sleeping. Here are some basic facts about sleepwalking:

·         Most commonly seen in children between 5 and 12 years old, but can occur outside of that range as well

·         Sleepwalkers have no memory of their sleepwalking in the morning

If someone is sleepwalking, it’s best to remain calm and to try and wake them gently, as they may become agitated and confused.

What are Night Terrors?

Night terrors can be an extremely scary experience for the sleeper, but particularly for the bed partner. Sleep terrors are when you wake up from sleep in a terrified or confused state, but are unable to communicate. People who have awoken from sleep terrors do not response to voices, and it’s hard to wake them up fully.

·         Usually last 15-20 minutes, after which time the sleeper may fully rouse (with a partner’s assistance, usually), or go back to sleep

·         Sleepers do not remember their night terror upon waking

·         Night terrors are like nightmares, but they occur in deep sleep

Like sleepwalkers, if someone is experiencing a night terror, it’s best to remain calm and to try and wake them gently, as they may be agitated, confused, and scared.

What is Sleep Paralysis?

Sleep paralysis is exactly what is sounds like: an inability to move your body or limbs – this occurs as you are falling asleep or when you wake up. These episodes can last anywhere from a few seconds to upwards of a a couple of minutes. It can be quite scary for the person who is experiencing the episode.

What is Nocturnal Paroxysmal Dystonia (NPD)?

Nocturnal paroxysmal dystonia is characterized by episodes which resemble seizures and happen during non-REM sleep. These episodes usually occur several times per night and may last from seconds to minutes. Obviously, they can be extremely frightening for bed partners.

REM sleep behavior disorder is likely a parasomnia you haven’t heard of, likely because it isn’t that common. But if you ever been witness to it, you likely won’t forget it.

This sleep disorder is where you act out dramatic or violent dreams, such as by moving your body or limbs while dreaming.

RBD differs from sleepwalking and sleep terrors in that people with RBD can usually recall their dreams upon waking. It occurs mostly in men over 50 years old, though it can occur in women and younger people as well.

If you experiencing or are suspicious that you have RBD, it’s important that you get a sleep study to rule out potentially serious neurological disorders. Take this free sleep test to get started.