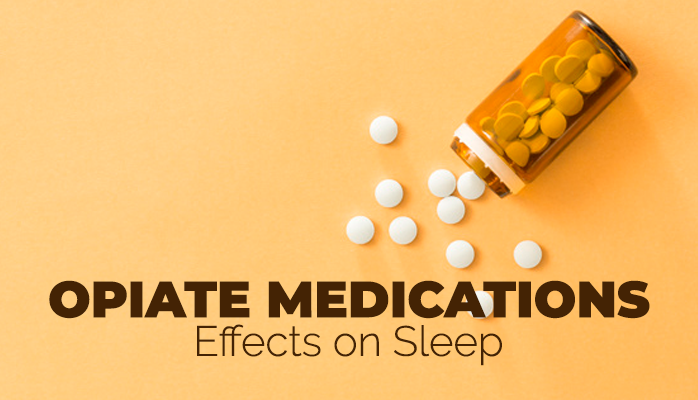 Do Opiate Medications Cause Sleep Problems?

Opiate use is at an all-time high in the US. It is a serious epidemic in many cities, especially in Anchorage. It goes without saying that opiate dependency can have dramatic effects on someone’s psychological and physical health. In light of this, lifestyle problems and periphery effects of opiate addiction or taking opiate medications, such as sleep health, go virtually unacknowledged.

The reality is that chronic use of opiate medications can considerably disrupt normal sleep cycles. Unfortunately, this is a revolving door because sleep problems can exacerbate many of the side effects of chronic opiate use, such as:

Relationship Between Opiate Side Effects and Sleep

Opiates are strange in that they have properties that both make us feel tired but also promote wakefulness [1]. The result is the frustrating feeling of wanting to sleep, being ready to sleep, but being unable to actually get a good sleep. 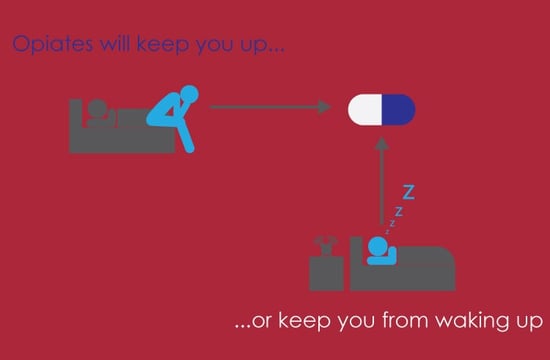 Hence, chronic use of opiates usually are accompanied by the following symptoms [3]:

It’s unclear how short term opiate medication use may affect sleep, as well as the extent to which sleep related side effects are a risk factor for perpetuating opiate use.

There are four stages to sleep. Perhaps the most well-known of these is REM sleep (rapid eye movement), the fourth stage. This stage of sleep is the stage where:

The other important sleep stage is NREM (non-REM) stage three, which is where deep sleep occurs.

Opiates disrupt both of these stages of sleep because of its complex interaction with a chemical called adenosine – an interaction that is dose and receptor dependent [3]. Hence, even if you take opiates and get a “full nights rest,” you may still feel physically fatigued and tired in the morning.

Prolonged use of opiates may contribute to sleep apnea. Sleep apnea, simply put, is a medical condition where one breaths shallow or experiences pauses in breathing, leading to a person waking up to instigate normal breathing. This may happen many times during the night, essentially crippling one’s ability for restful sleep.

Opiates depress respiration by slowing down breathing rate or reducing the fullness of breaths taken – the result is less oxygen in the blood. For people who already have a variant of sleep apnea, or are at risk for developing it (i.e., people with obesity or diabetes), taking opiate medications can:

Final Thought: What to do If You’re On Opiate Medications