What You Need To Know About Restless Leg Syndrome (RLS) 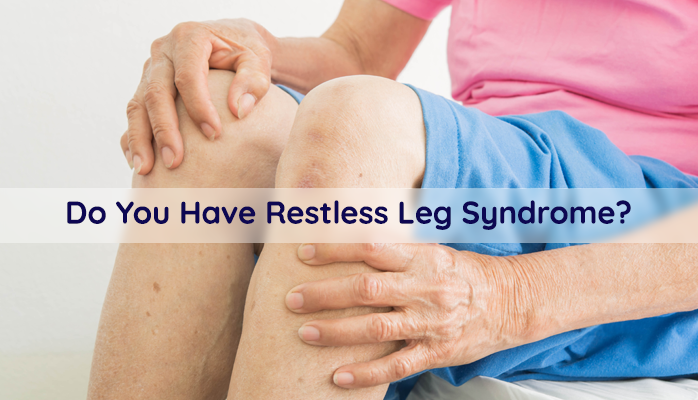 Restless leg syndrome (RLS) is a nervous system disorder that causes uncomfortable feelings in your legs, making you want to move them. The discomfort of RLS is usually enough that it interferes with sleep, causing a sleep disorder. Therefore, it is considered a sleep disorder as well.

The symptoms of RLS all have one thing in common: discomfort in the legs that ranges from mild to intolerable. RLS symptoms may come and go, and may be chronic or intermittent. When the discomfort is enough to wake you, or keep you up, it is considered a sleeping disorder.

The good news about RLS symptoms is that, as long as they are not mild, they are often easy to identify because it's hard to not notice an irresistible urge to relieve discomfort. If you notice these symptoms and live in Anchorage, you can consult with us or your healthcare provider to begin the road to treatment.

In some cases, like onset during pregnancy or after sleep deprivation, may go away naturally. In other cases, RLS may be a chronic problem without treatment.

Indirectly, another risk for people with mild or intermittent RLS is that it will go undetected or misdiagnosed. The problem here may be mild, but down the road can cause chronic sleep deprivation.

There is no direct treatment for RLS such as, for example, sleep apnea has with CPAP devices.

If you live in Alaska and are concerned that you may be struggling with RLS, consult with us to begin your road to recovery and no more uncomfortable legs.