Sleep attacks are the sudden, often irresistible urge to sleep at odd times, such as the middle of a meeting. They have a very quick onset, even in the middle of doing normal activities, and can be hard to resist, even if you just woke up. Sleep attacks can be a serious safety problem in certain professions and during certain activities like driving.

Regardless of when it comes, the feeling a sudden wave of tiredness and the irresistible urge to sleep comes, not terribly unlike when you wake up in the morning after little sleep, and every part of your body tells you to close your eyes and go back to sleep.

Such sleep attacks, while not common, can happen, though the person may continue speaking/typing without any recollection of doing so (similar to sleep talking/walking). Not all narcoleptics suffer from sleep attacks, but it is a hallmark symptom of the disorder. 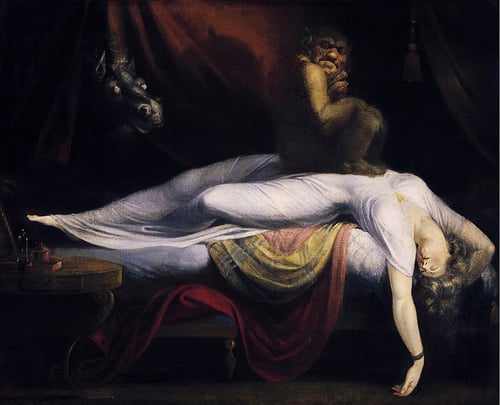