Why Do I Wake Up to Urinate So Much At Night (Nocturia)? 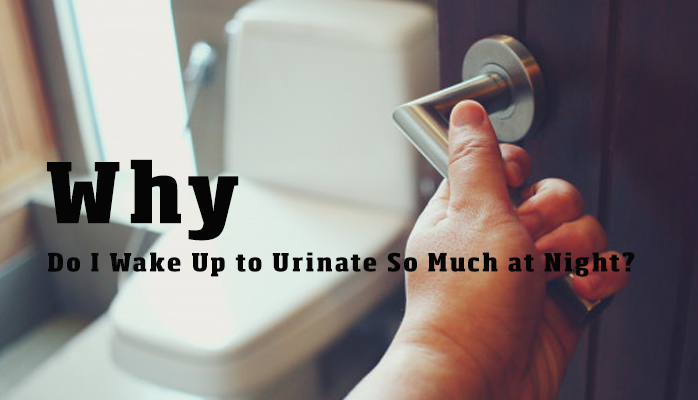 Frequently Waking Up to Urinate is a Condition

It might be validating to know that there is a term for frequently waking up at nigh to urinate: nocturia. Nocturia is more than an irritating nuisance, it causes sleep deprivation which should be taken seriously.

Nocturia should not be confused with bed-wetting, which does not involve rousing from sleep. Nocturia can be caused by a multitude of factors, or a combination of factors, such as:

The symptoms of nocturia are fairly self-explanatory: waking up multiple times per night with the need to urinate. Things to pay attention to in regards to nocturia are:

Assessing these points can be an important step in identifying what is causing your nocturia, how severe it is, or if you even have it at all. Keeping a journal will be helpful to this end.

What are Some Causes of Nocturia?

As said, several factors can cause Nocturia. Now, you might think that nocturia is simply caused by having a full bladder. Up until recently, this was a commonly accepted opinion. However, many suffering with nocturia can tell you that the urge to pee that wakes them up does not usually translate to actually having much urine to dispel.

First, nocturia is a naturally occurring condition in the following circumstances:

Lifestyle factors and habits can cause nocturia, such as excess alcohol, coffee, or water before bed. Also, it is a known symptom of sleep apnea.

Finally, there are also numerous medical conditions which can cause nocturia, such as:

Tips for Reducing Likelihood of Nocturia

There are a few lifestyle habits you can make to help prevent nocturia caused by your personal lifestyle:

If you are experiencing nocturia, consult your doctor or sleep specialist right away. It will be extremely helpful to keep a daily diary of:

Generally, treatment begins with medications, bladder or neurological tests, an ultrasound, or a recommendation to a sleep center for testing.