Negative Side Effects of Sleeping Disorders 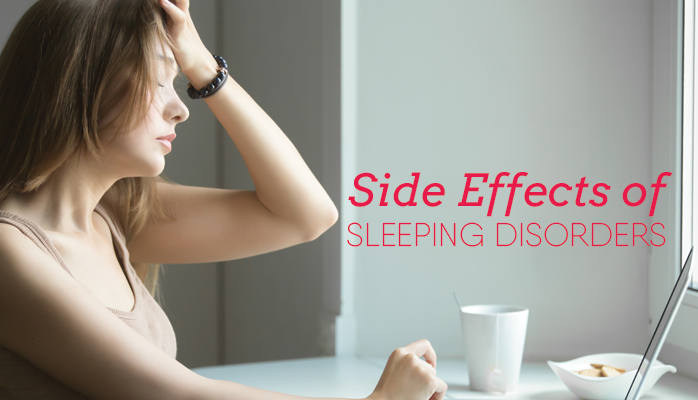 Negative Side Effects of Sleeping Disorders

The majority of individuals who seek professional help for their sleeping disorder admit that they waited too long. Their record of adverse symptoms is usually long. After receiving treatment, the most common exclamation sleep specialists hear from patients is, “Why didn’t I do this sooner?”

This side effect is the most obvious. When you have a sleeping disorder, you are not getting the recommended number of hours of sleep per night that your body needs to function properly (7 to 9 hours for adults).

For many who have been living with an undiagnosed sleeping disorder for an extended period of time, they’ve grown used to a overly tired existence and are unable to recognize the dangerous manifestations of extreme fatigue. If you’re suffering from fatigue, you may be experiencing:

Depression currently impacts more than 20 million Americans. Although individuals may suffer from depression for a variety of reasons, sleeping disorders are oftentimes the root cause.

Sleeping problems and depression frequently go hand-in-hand for a variety of reasons. Evidence suggests that those who suffer from insomnia are ten times more likely to develop depression compared with those who get 7-9 hours of solid sleep per night.

If someone has insomnia, he or she may experience many insomnia symptoms such as difficulty falling asleep, difficulty staying asleep, sleep that is not refreshing, and sleepiness during the day [National Sleep Foundation].

If an individual suffers from obstructive sleep apnea, he or she may also be at risk for depression. In a Stanford-led study on depression and sleeping conducted in 2003, 18,980 people with depression in Europe were found to be five times more likely to suffer from sleep-disordered breathing.

In many instances, sleeping disorders cause disruptions to the immune system. If a sleeping disorder is left untreated, long-term illnesses can develop due to the lack of production of infection-fighting substances.

While you sleep, the immune system makes cytokines that combat foreign invaders like bacteria and viruses. These important substances, produced by cells of the immune system, help you sleep and defend your body against illnesses.

Therefore, when sleep is so dramatically reduced due to a sleeping disorder, the immune system cannot rely on the production of cytokines to protect your body. Foreign invaders may occupy your system and it may take you longer to fight off sicknesses. Chronic illnesses such as diabetes and heart disease may develop as a result. [Healthline]

The University of Helsinki found in a study on sleep and women's weight that 5,700 middle-aged women who had a sleeping disorder were significantly more likely to struggle with weight gain than their peers who got eight hours of sleep at night.

Another study on sleep and men's weight conducted at the University of Coloardo at Boulder found that men who were forced to sleep only five hours a night gained two pounds on average within one week.

When people are suffering from a lack of sleep, they eat more than they need. Our diets are directly impacted by the number of hours of sleep we get at night. If our sleep is suffering, people tend to overeat and make poorer food choices. 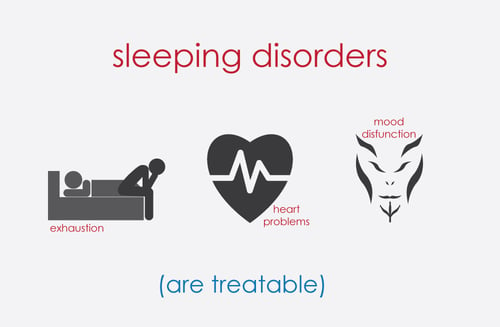 Daytime functioning is directly impacted by quality of sleep. If an individual is suffering from a sleeping disorder, it makes sense that he or she will suffer in concentration.

According to a study on cognition and sleep conducted by the Great British Sleep Survey, those who get less than adequate sleep will not be able to fully concentrate on tasks at hand. This might be due to the shifting attention that occurs with sleep-deprived individuals. These individuals take longer to respond to stimuli and experience more lapses in attention.

Another interesting fact released by The National Resource on ADHD reported that one-quarter to one-half of parents of children with ADHD report that their children suffer from a sleep problem. The most common sleeping disorders shown in both children and adults who suffer from ADHD are:

Although extreme fatigue, depression, issues with the immune system, obesity, and lack of concentration are common problems amongst those with undiagnosed sleeping disorders, there are solutions to these unfortunate side effects. Calling for help is the first step on the road to recovery.

At the Anchorage Sleep Center, we personalize consultations to analyze every patient on an individualized basis. By tailoring a plan to meet your specific needs, we employ a wide range of treatments including CPAP therapy and Oral Appliance Therapy to treat sleeping disorders.